David Drucker, M.D. joined our practice May 1, 2019.  Dr. Drucker has been in practice as an Eye Physician and Surgeon in Denver since 1977.  If you are a current or former patient of Dr. Drucker’s, he is available on a limited basis for general ophthalmology exams and treatments.  Appointments are offered on Tuesday afternoons.

David graduated from Muhlenberg College in Allentown, Pennsylvania with a Bachelor of Science in 1968. He received his Doctor of Medicine (M.D.) Degree from State University of New York Downstate Medical School  in 1972, with Honors in Surgery, Pediatric Hematology and Gastroenterology.

In 1977 David completed his training in Ophthalmology and received his license for the State of Colorado.

Among his honors, David was named one of the LaserVision Top 100 Surgeons for achieving excellence in refractive surgery. Rose Medical Center awarded David a Certificate of Appreciation as a volunteer providing health care for the Soviet Emigres who left their homeland in pursuit of the blessings of freedom enjoyed by all Americans. 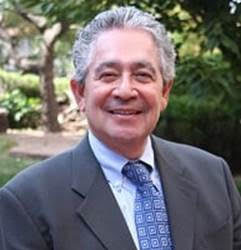 The Fine Art of Vision Care