95% of my Patients are Satisfied After Laser Vision Correction, but Complications can Occur.

There has not been one case of blindness in any FDA Laser Vision study, that I’m aware of, since the studies initially began in the early 1990’s. In my practice, no patient that I am aware of, has had to give up any activity in their life because of a complication from Laser Vision Correction.

If the dryness persists, punctal plugs are a safe, painless option. It is very uncommon for patients to have long term, persistent dry eyes. The hazy vision in dim light usually resolves within a few weeks, although it may last longer in patients that had large amounts of nearsightedness treated with Laser Vision Correction. The night glare (“halos” around headlights) usually resolves within a few weeks, although glare may be permanent.

I use a VISX Star 4 Excimer Laser and WaveLight Excimer Lasers which both have large optical and blend zones. These large zones significantly decrease the incidence of night glare. And to further decrease the incidence of glare and halos I would recommend that you consider CustomVue Wavefront and IntraLase LASIK. The IntraLase also adds significant safety to the LASIK procedure.

Approximately 2% of patients require a retreatment after Laser Vision Correction, which is usually performed about 3 months after the initial LASIK procedure and 6-9 months after PRK. I do not consider retreatments a “complication”. Retreatments are performed at no additional charge for 12 months after surgery or indefinitely, if you have annual routine exams by Dr. Levinson. For details, see our Lifetime Promise Agreement.

The incidence of thin LASIK flaps was 1-2% when we used the Microkeratome metal blade to make the flap. This complication is now extremely uncommon since I started in 2009 using the IntraLase Femtosecond Laser to make the LASIK flap. If the flap is too thin, I cannot perform LASIK. If I did Laser over a thin LASIK flap, visually threatening corneal irregularities and haze would occur. Fortunately, it is easy to identify a thin flap. If one occurs, I reposition the flap immediately, and do nothing more. Within 2 to 3 days, the patient will have usually regained his or her original vision, and can see again with their original glasses or contact lenses. We can repeat the procedure in 3 months, doing PRK instead of LASIK.

When I replace the corneal flap after performing the LASIK procedure, small folds in the flap are common, and are easy to identify and remove at the time of the LASIK by simply refloating the flap. However, small folds can occur rarely in the flap in the first few hours following the procedure. Wrinkles probably occur when the patient inadvertently squeezes the eye tightly shut. Visually significant wrinkles occur in less than 1% of cases. If wrinkles occur, I take the patient back to the Laser Center, anesthetize the eye with an eye drop, relift the flap and smooth out the flap to remove the wrinkles. This usually removes the wrinkles successfully. If this does not, I repeat the retreatment procedure a second time.

INABILITY TO PROPERLY CREATE THE LASIK FLAP WITH THE FEMTOSECOND LASER

In 1-2% of patients, I am unable to adequately position the IntraLase laser and cannot safely create the LASIK flap. Fortunately, I can still safely just do PRK instead. If I end up doing PRK instead of LASIK, I hardly consider this a complication.

Small cells from the corneal epithelium, the “clear skin” that covers the cornea, can become embedded under the LASIK flap. This occurs in less than 1% of LASIK cases. The cells can start to grow and form a thin sheet of epithelium under the flap. This will affect the vision. The epithelial cells are usually easy to remove by anesthetizing the eye with eye drops, painlessly lifting the flap, and irrigating or mechanically removing the aberrant epithelial cells. I have had two patients with epithelial ingrowth; both were very successfully treated and have had no further problems.

HAZE UNDER THE FLAP (DLK)

Usually, the corneal tissue under the LASIK flap remains clear. However, the tissue under the flap can become hazy. The haze can look like small pieces of sand (this condition has been called “Sands of the Sahara”). This haze is very uncommon, but has been reported to occur to the point where vision has been affected. The cause of the haze is unknown, and usually responds to steroid eye drops. I have had two patients whose vision has been permanently affected by this haze with loss of best-corrected vision in one eye.

The corneal flap is remarkably stable after LASIK, but I have had one patient’s flap dislocate after surgery. The patient had an uneventful LASIK procedure. However, when I saw her the day after surgery, her flap had come loose, and was tucked up under the upper eye lid. It was still attached at its base to the cornea. The patient had experienced significant non-LASIK emotional distress three hours after her LASIK procedure, and had sobbed heavily for approximately five minutes. This probably caused the flap to dislocate. I brought the patient back to the Laser Center and easily repositioned the flap. Fortunately, the flap remained in position and the patient had 20/20 vision 48 hours after the flap was repositioned.

Rarely, a patient may have corneal irregularity after LASIK or PRK that causes blurry vision or “ghost images”. “Ghost images” are similar to a TV picture with poor reception; overlapping the main image is an identical, but dim second image. With the advance treatment algorithms on the Visx and WaveLight Excimer Lasers, this complication is very rare. However, if it occurs, a retreatment may not be able to treat a post-LASIK corneal irregularity.

RETINAL HEMORRHAGE OR DAMAGE TO THE OPTIC NERVE

In making the LASIK flap, I put a suction device on the eye which increases the pressure in the eye for approximately 30-40 seconds. Very rarely, this elevated pressure could cause bleeding in the retina or damage to the optic nerve. Both of these complications could cause permanent vision loss. I have never had either of these complications occur.

In any surgical procedure, infection can occur. An infection after LASIK or PRK could potentially cause scarring of the cornea, with permanent vision loss. Fortunately, however, infection is extremely rare after LASIK or PRK, primarily because we use very potent antibiotic eye drops after surgery. In fact, I have not had a bacterial infection occur in any patient after LASIK or PRK. I have had two presumed Herpes viral infections in PRK patients. PRK did not cause the Herpes infections. The patients had prior exposure to the Herpes virus and the virus activated following the PRK procedure, possibly due to the steroid eye drops we use in PRK. Both patients were treated successfully without vision loss. These infections were not related to genital herpes.  I had one PRK patient develop an acanthamoeba (a protozoan amoeba) corneal infection one week after PRK.  Acanthamoeba is very common in tap water.  The patient was overly diligent and meticulously cleaned her eyelashes numerous times a day with a Q-tip and tap water.  She did heal after prolonged anti-amoeba eyedrop treatment with only minimal corneal scarring that did not significantly affect her vision

If you ever have Laser Vision Correction, DO NOT get tap water in your eye!!!

Cutting a corneal flap for LASIK can cause structural weakening of the cornea. Although LASIK has been performed since 1996 in the USA, the cutting of corneal flaps has been performed worldwide since 1959 for treating corneal diseases and refractive errors. We have learned that if we cut too deep of a flap or remove too much corneal tissue with LASIK, we can structurally compromise the corneal integrity, resulting in a “weakened” cornea that may “bulge” months to years after LASIK. This is called “ectasia” and can cause significant regression of the LASIK treatment, resulting in the recurrence of significant nearsightedness and/or astigmatism. Retreatment is not possible and would even make the regression worse. In the rare case of extreme ectasia, a corneal transplant would be necessary to regain useful vision. I have a 1/1000 incidence of corneal ectasia and I have had one patient require a corneal transplant after LASIK. To minimize the risk of ectasia, I do corneal topography and measure the corneal thickness (pachymetry) of every LASIK patient prior to LASIK to identify patients that are at risk for developing ectasia. I will not perform LASIK on any patient that I think is at risk for developing ectasia. Approximately 2% of LASIK candidates that I examine are at risk for ectasia and cannot be safely treated. Ectasia is extremely rare with PRK. In PRK there is no flap so the cornea is not being as structurally compromised as in LASIK.

The above complications are all rare and can usually be successfully treated. However, treatment may not completely correct these, or other problems, and the patient could, rarely, experience a permanent, non-treatable decrease in their best-corrected vision after LASIK. The chance of “going completely blind” from LASIK or PRK is probably almost zero. In the “worst case” scenario, which is extremely rare (approximately 1 in 2000 cases) a patient would require a corneal transplant to correct a LASIK complication.

Quick Summary
To Enlighten You

Approximately 2% of patients require a retreatment after Laser Vision Correction, which is usually performed, at no additional charge, about 3 months after the initial LASIK procedure and 6-9 months after PRK.

The complications shown on the left are all rare and can usually be successfully treated. However, treatment may not completely correct these, or other problems… 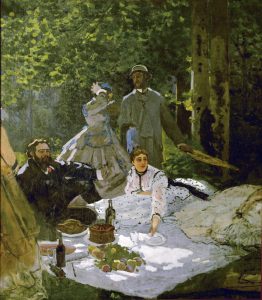 If you have PRK, instead of LASIK, you have essentially avoided most of these rare but potentially threatening visual complications.

The Fine Art of Vision Care